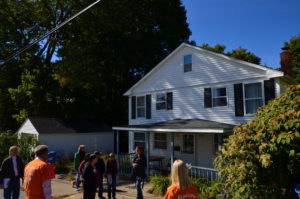 This is the former home of Charles Harris, a subscription agent for The Liberator, a radical abolitionist newspaper founded in Boston by William Lloyd Garrison in 1831.  In 1832, Charles Harris was engaged to Ann Marcia Davis, a servant of Prudence Crandall (1803–1890), whose Canterbury school for girls was, at the time open only to privileged white students. Through Charles Harris, Crandall was introduced to Sarah Ann Major Harris. Sarah convinced Prudence Crandall to admit her as a student. After heated opposition from parents led to the loss of her white student body, Crandall reopened her school in 1833 exclusively as a boarding academy for free black girls. Supported by William Lloyd Garrison, Crandall advertised in The Liberator. Young African-American girls traveled from across the country to attend the school. Sarah Harris returned as Crandall’s pupil, along with her sister, Mary.

The school faced numerous instances of harassment, and Crandall was jailed multiple times for violating Connecticut’s 1833 “Black Law,” specifically passed to shut down her academy, made it illegal for out-of-state African Americans to receive an education without local approval. Crandall was brought to trial twice, but absent any legal determination for the constitutionality of the Black Law, so she continued to operate her school. In 1834, after an angry mob descended on the school and attempted to burn the building down, Crandall officially closed the school for the safety of her students. In 1995, Prudence Crandall was named Connecticut’s state heroine. The school, a National Historic Landmark, is open to the public as the Prudence Crandall Museum, located at 1 South Canterbury Road, Canterbury, CT

More about The Harrises: A Remarkable Norwich Family

The Harris family begins with family patriarch, William Monteflora Harris, Sr., born in the West Indies in 1783, and came to the United States seeking an education. He eventually moved to Norwich and married Sally Prentice of Preston. William Harris purchased a parcel of property on Broadway from attorney Calvin Goddard, near the present City Hall. Goddard was a member of the Second Congregational Churchand he represented Prudence Crandall after her arrest for violating the Black Law.

William and Sally had two sons and two daughters: Charles Harris, their eldest son, William Harris Jr., and Sarah and Mary Harris. Charles, built a house on Broadway and later ran a restaurant on Water Street. By 1836, Charles was living at 30 Cedar Street next door (34 Cedar Street) to William Jr., a ship’s cook on the steamboat Cleopatra.

In 1832, William Harris Sr. and his son Charles were both working as subscription agents for the abolitionist newspaper, The Liberator. The paper’s targeted audience was Northern whites; however, many urban African Americans enjoyed reading William Lloyd Garrison’s the influential publication in which he advocated for immediate rather than gradual emancipation.

In 1833, Sarah Harris (1812-1878), the first black student to enter Prudence Crandall’s academy, married local blacksmith George Fayerweather, in a double marriage ceremony with her brother Charles and his fiancée Ann. When  Crandall’s school was attacked on September 9, 1834, Sarah gave birth to a daughter the couple named Prudence Crandall Fayerweather. Both Sarah and George were “conductors” on the Underground Railroad and often met with noted abolitionists such as William Lloyd Garrison and Frederick Douglass. In 1877, Sarah journeyed West to visit her former schoolteacher, Prudence Crandall, in Kansas.  Sarah died in Kingston, Rhode Island in 1878. 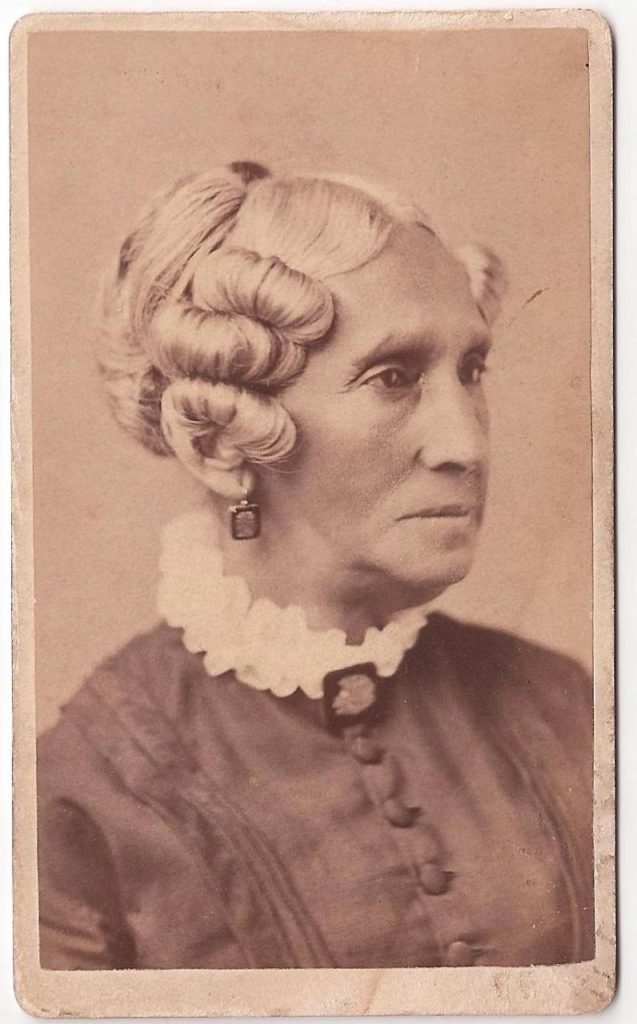 Mary Harris (1816- 1899) was sixteen years old when she followed her sister Sarah to Crandall’s school. Mary became a teacher in her own right and married Pelluman Williams in 1845. Pelluman Williams was also a teacher in Norwich and served as the president of the 1849 Connecticut Convention of Colored Men. During the Civil War, Mary and Pelluman moved to New Orleans to teach African Americans. They were associated with Straight University in New Orleans, a historic black college founded in 1868.