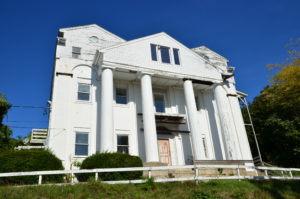 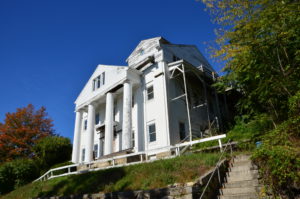 Founded in 1828 with 90 students, the Norwich Female Academy closed shortly after the county jail was built. Currently, the building houses apartments. Noted historian Frances Manwaring Caulkins (1795–1869) was headmistress at the school at the same time that Prudence Crandall opened her school for young black women.  Caulkins was the founder of the first female anti-slavery society in Norwich, which received formal recognition from prominent abolitionist William Lloyd Garrison. Membership in the Second Congregational Church (Stop # 5), which was known for its interracial congregation, exposed her to the challenges African Americans faced gaining access to an education. One of Caulkins’s fellow church members was Sarah Harris (1812–1878); see Stop 9).

Walk down the hill to Broadway…