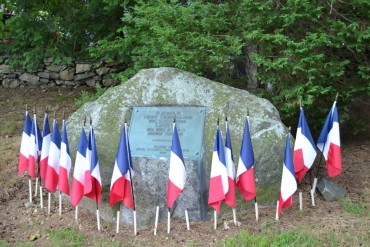 In 1778, a body of French soldiers (sailors) under the command of Marquis de Lafayette set up camp unexpectedly on the Norwichtown Green due to sickness among the ranks. Twenty French soldiers (sailors) died from their illness and were buried in an unmarked grave along the road to the burial grounds in Norwich. In the colonial burial ground you will find a stone that commemorates their sacrifice placed by The Daughters of the American Revolution in 1901.

Please check out the following article in The Day newspaper written by Norwich City Historian, Dale Plummer, giving some clarity to the mystery of the French Soldiers.