In 2013, representatives of all the heritage-based organizations in Norwich met to find ways to collaborate, find the fit between the community and tourism interests, make sites and programs come alive, focus on quality and authenticity and preserve and protect resources. A Peer Advisor Network advisor facilitated the meeting and wrote a summary report.

The Norwich Heritage groups are comprised of representatives from:

In addition, the Norwich Heritage Groups collaborates with the Last Green Valley, the Southeastern Connecticut Cultural Coalition and the Eastern Regional Tourism District.

The Society of the Founders 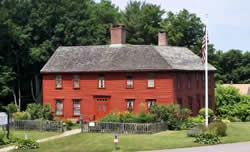 The Leffingwell House Historic Museum, built in 1675 by Stephen Backus and sold to Thomas Leffingwell in 1700, shows the architectural development from a 17th-century pre-Revolutionary tavern into a mid-18th-century townhouse. Interpreters evoke the independent spirit and lifestyle of early America with displays of artifacts dating prior to the founding of Norwich in 1659, through the 1776 Revolution and the Civil War. Open Saturdays, 11am-4pm, April-October and by appointment; $5.00.

The Society of the Founders of Norwich Connecticut, Inc. is an historical/genealogical society open to anyone interested in preserving the history of the Founding of Norwich. Membership is not limited to ancestors of the Original Founders. It is the oldest historical society in Norwich, being founded in 1901 and incorporated as a non-profit in 1956. The Society owns and operates The Leffingwell House Historic Museum and owns the Joseph Carpenter Silversmith Shop located on the Norwichtown Green.

The purpose of the Norwich Historic District Commission is to promote the educational, cultural, economic, and general welfare of the public through the preservation and protection of the distinctive characteristics of buildings and places associated with the history of, or indicative of, a period or style of architecture in the municipality, of the state or the nation. The Commission meets the third Wednesday of every month at 5:30pm at City Hall third floor room 319. All commission meetings are open to the public. 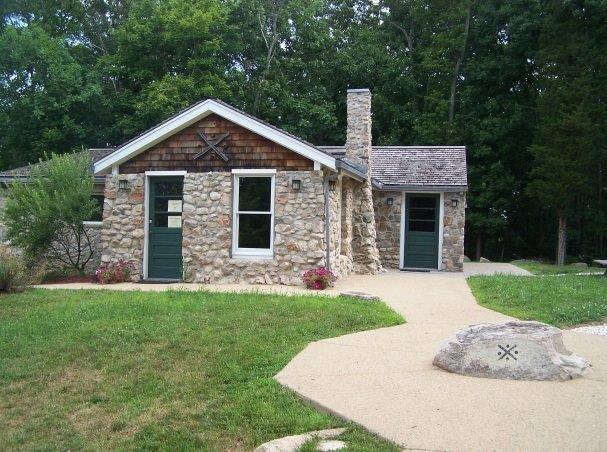 The Tantaquidgeon Indian Museum is a unique museum that houses a collection of objects made by Mohegan and other Native American artisans. During your visit, you can follow an interactive shell path as you walk through the replicated Mohegan Village. We are located at 1819 Norwich New London Turnpike in Uncasville CT (off of Church Lane). Call 860- 848- 0458 for more information.

Friends of the Norwich Bells 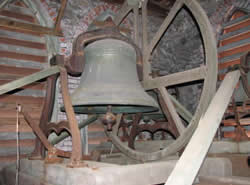 Friends of the Norwich Bells, founded in 2010, is a grass roots community organization promoting the preservation and enjoyment of bells and bell ringing in Norwich. Our CD, Ring Out Rose City is a collection of stereo recordings of over one hundred twenty-five of the city’s bells, large and small. Some of our members belong to the prestigious American Bell Association International, and played a key roll in the casting of the Norwich Freedom Bell in 2012 by the Verdin Company of Cincinnati. This two hundred fifty pound bronze bell located in the David Ruggles Freedom Courtyard at City Hall is our nation’s only tower bell cast to commemorate the Emancipation Proclamation.

Heritage Information Radio, AM 1700 is a low power community AM radio station in Norwichtown which broadcasts information about Norwich’s history, attractions, upcoming events and community issues 24 hours a day. We are a not-for-profit, privately owned community project to support the needs of residents of and visitors to Eastern Connecticut and demonstrate the many ways to use legal, low power community radio broadcasting. 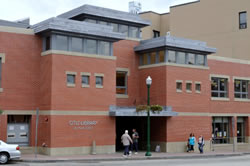 Situated in downtown Norwich, CT, Otis Library is a public institution dedicated to supporting the informational and recreational needs of our community. 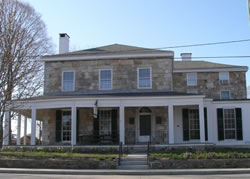 Welcome to Faith Trumbull Chapter of the Daughters of the American Revolution.  Our chapter serves the city of Norwich and surrounding towns. The Daughters of the American Revolution, founded in 1890, and headquartered in Washington, DC is a non-profit, non- political volunteer women’s service organization dedicated to promoting patriotism, preserving American history, and securing America’s future through education.  Our chapter was founded on November 23, 1893, and was named for Faith Robinson Trumbull who married Jonathan Trumbull in 1735. Any woman 18 years of age or older, regardless of race or ethnic background, who can prove lineal descent from a patriot of the American Revolution is eligible for membership. For further information about membership contact the Faith Trumbull chapter regent or call 860-887-8737. Information is also available from the NSDAR and CTDAR

The mission of the Forgotten Founders is to establish in Norwich a library for The Forgotten Founders – those men who served as President of the Continental Congress – ten of whom, under our first Constitution, the Articles of Confederation, were actually the first ten Presidents of the United States. We also intend to establish a center to study the first Constitution and its contributions to America as the foundation to our current Constitution. Samuel Huntington was the first President under the Articles of Confederation in Congress Assembled. Huntington, and the other 13 men who served at the most critical time in history of a young nation, have been virtually forgotten.

The CTCWRT is a non profit organization whose main objective is to bring forward the history of the great  war between the states and to help observe the memory of many of our brave soldiers who paid the ultimate sacrifice between 1861 – 1865. Let us not forget them.

The Guns of Norwich Historical Society

Around the time of the Revolutionary War, Norwich was on its way to be one of the top ten largest cities in the colonies and it produced parts for the Colonial Navy, primarily anchors and canons. It wasn’t until 1798 that muskets were commissioned and made in Norwich. The order of 200 was finished and delivered in 1801. In 1842 Ethan Allen brought the industrial revolution with him and started a long line of firearms manufacturing in Norwich. As the Later half or the 1800’s continued on many small firms came and went, some never producing a single working model, others lasting a few years. The most notable is the Percival and Smith firm, which experimented with a magazine pistol and some of the first ammunition cartridges. The same Smith went on to partner with Daniel Wesson. 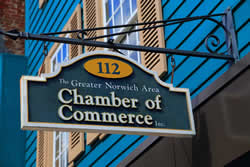 The mission of the Greater Norwich Area Chamber of Commerce, Incorporated is to take a leadership role to support, promote, enhance and advance the general welfare and prosperity of the greater Norwich area so that its citizens, and its business and professional community shall prosper. The organization shall give emphasis to the economic, civic, commercial, cultural and educational interests of the greater Norwich area to insure that the area is a desirable place in which to work, live, or visit.